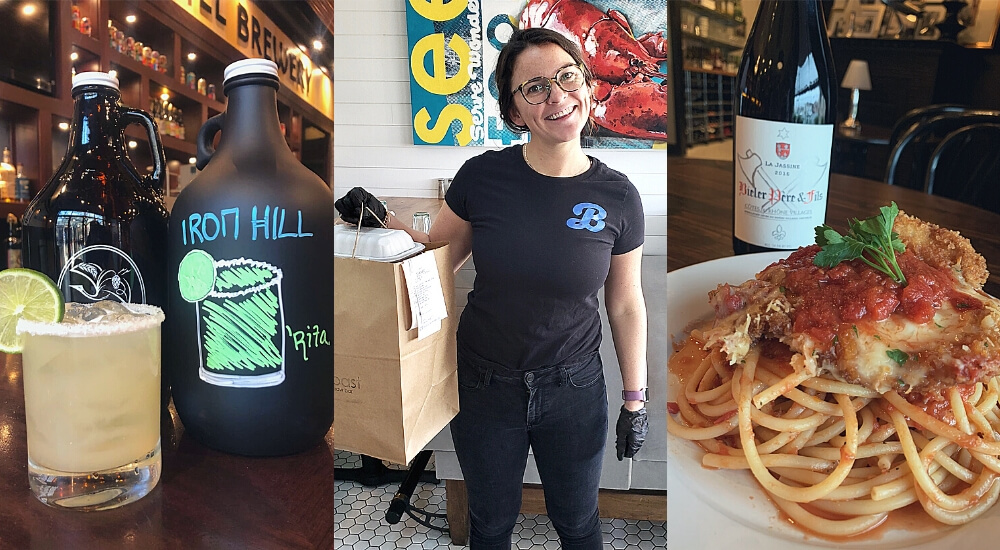 From Upscale to Down-Home, Eateries Get Creative

Houston-White in Rehoboth Beach is a sophisticated steakhouse, but since the governor’s state of emergency, owner Megan Kee has been making shepherd’s pie, fajitas, crab cakes and prime rib. There is only one dish a day, and two employees fill the orders.

“I call it country comforting foods,” Kee says. “It’s the things people can afford and enjoy.”

In Lewes, Meghan Lee of Heirloom did not waver from her concept, but she did adapt. The high-end restaurant holds special pop-up sales featuring soups, sides, sourdough bread and specialty whipped butters and desserts made by Chef Matt Kern, a James Beard semifinalist, and his team.

And then there’s V&M Bistro of North Wilmington, which is posting Facebook photos of towering pizza boxes. To keep the service level of fine dining, owner Vincenza Carrieri-Russo is the only one who answers the phone, and she greets customers with a warm, polished voice.

Not surprisingly, operations accustomed to carryout have had an advantage. Kick n’ Chicken, which has locations in Milford and Lewes, was built around takeout.

“People can come in and get a Styrofoam container with a meal in it for $8 to $10 and walk out the door,” says owner Charlie Pollard. “If you’re a dine-in restaurant and want to make a conversion to takeout, it’s not a smooth transition.”

But, as SoDel Concepts proves, it can be done. The Rehoboth Beach-based hospitality group kept all but one of its 12 Sussex County restaurants open. There is a new website for online ordering and payment, and the restaurants are promoting contactless curbside delivery.

Big Fish Restaurant Group, also based in Rehoboth Beach, took another approach. The company temporarily closed all its downstate businesses except for Big Fish Seafood Market, which sells fresh and prepared foods. The slim space previously handled takeout for Big Fish Grill next door. But today, you might find specials from its sister restaurants, including Sazio and Salt Air. In downtown Wilmington, Big Fish kept Mikimotos and the neighboring Washington Street Ale House open because they already had a brisk takeout business, says Holly Monaco, director of operations for the restaurant group.

“Mikimotos only has sushi available,” she adds.

“Pretty much everything we’ve done has been a result of the staff just figuring things out,” says co-owner Lee Mikles. “The bartender suggested the handwritten thank-you notes in each order. We include a roll of toilet paper with some orders.”

Toilet paper aside, Grain might keep some of the new approaches, he says. 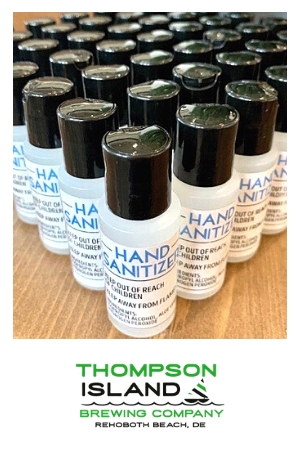 Thompson Island Brewing Company, part of SoDel Concepts, used supplies on hand to make hand sanitizer, which the staff tucked into customer carryout bags. The brewery operation is not idle, however. Thanks to lobbying by the Delaware Restaurant Association, restaurants can sell beer, wine and cocktails, which traditionally make up a large part of their revenue. Many now offer half-priced bottles of wines. Iron Hill Brewery & Restaurant, which has three Delaware locations, began selling growlers of pre-batched Margaritas, along with growlers of beer.

“We knew we could only sell so many duck meatballs or ahi tuna,” says co-owner Micky Donatello of the regular menu. “Parents are keeping their kids entertained. They don’t have time to go to the grocery store. We said: ‘Let’s do family meals at a reasonable price — something kids will eat.’”

“All of these offerings allow us to keep people employed, help guests who are unable to or may not be comfortable with going to the grocery store and the people who regularly deliver food to our restaurants,” says Iron Hill CEO Kim Boerema.

Why go to all this effort? For one, it helps keep the lights on. For another, at least some staff remain employed.

H.E.L.P. and a Serving of Hope

In Delaware, the food service industry normally employs about 50,000 workers – approximately 10 percent of the state workforce, according to the National Restaurant Association. To help these workers, the State of Delaware launched the H.E.L.P. loan program for the restaurant industry and has since raised the cap for eligibility. In addition, Delaware Restaurant Association (DRA) started the Restaurant Industry Emergency Action Trust or E.A.T.s program to distribute individual $500 grants to industry employees.

“All of our restaurants are swimming in an ocean without a lot of lifeboats,” says Carrie Leishman, president and CEO of the DRA. “They’re doing what they can to stay afloat, keep their people employed and stay relevant in their communities — there’s no rulebook.”

People traditionally connect around food, and that connection is proving even more important in these times of physical distancing. Despite their own hardships, food service owners, operators and employees have been playing a vital role for their communities throughout the COVID-19 crisis. And community members have been responding by embracing the call to support their favorite eateries with takeout and delivery orders.

“It’s a gift that I am considered an essential worker,” he says. “I am truly grateful for the people supporting us. I’m overwhelmed.”

To find out which restaurants offer carryout or delivery, visit Restaurants that Offer Takeout and Delivery on Facebook, Sussex County Carryout at RehobothFoodie.com or Businesses Where You Can #ShopLocalDE on the Delaware Division of Small Business website.