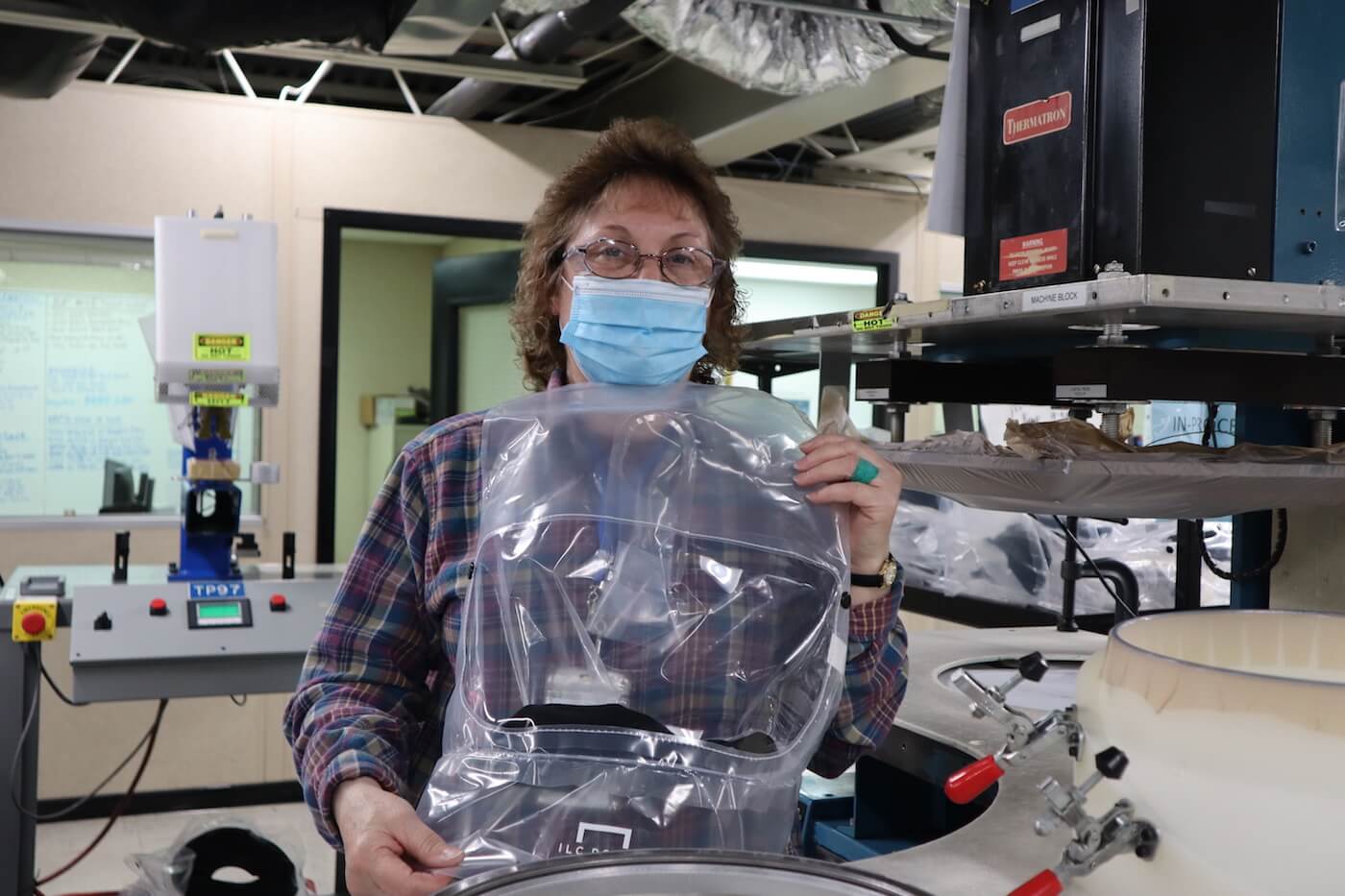 ILC Dover, one of Delaware’s most iconic manufacturers, has once again used its formidable material science expertise to fill a desperate need in the nation. Over 50 years ago, the company pioneered space suits to protect America astronauts from the vacuum of space. Now, in 2020, the company is pumping out products to protect frontline workers during the COVID-19 pandemic.

A world-leading flexible protective solutions designer and manufacturer, ILC Dover has been one of the most innovative companies in Delaware since its start in 1947. Primarily focused on the pharmaceutical, personal protection, aerospace, bulk packaging and flood protection industries, ILC Dover suddenly experienced an explosion in demand for its line of Sentinel products in the healthcare industry during the onset of the pandemic.

The company has already been producing the Sentinel XL PAPR (powered air purifying respirators) for healthcare facilities nationwide. The revolutionary design based on customer feedback redefined how healthcare employees mitigate the risk of exposure to hazardous pathogens in recent years.

But earlier this year, orders shot up 1,200% from last year, said company president and CEO, Fran DiNuzzo. The surge immediately shocked their existing supply chain, which in turn, unlocked their innovative spirit.

“The amount of raw material we needed was vast and there was one critical part of our systems – called an HP hood – that we couldn’t get a sufficient supply of,” said DiNuzzo. “We wouldn’t be able to deliver our systems without the hood so our engineers had to design, build, gain regulatory approval for and start production on a new hood in a very short amount of time. That’s where the EZ BioHood came from.”

Making use of materials and fabrication equipment ILC Dover already had on hand, the firm fast-tracked an alternative. Racing against the clock, they pulled it off. ILC Dover was able to obtain regulatory approval in a timeframe that would have been unheard of months earlier.

“NIOSH (National Institute for Occupational Safety and Health) within the CDC was able to give us approval in just seven days – ordinarily this process can take anywhere from three to six months because of their workload,” said DiNuzzo. “With the help of the state, we contacted NIOSH directly to make them aware of the situation and from start to finish, we were able to get the new hood from design to production in five short weeks.”

Available to anyone, DiNuzzo says the blower system retails anywhere from $1,500 to $1,800 and the replaceable hood components run about $65 apiece.

Ramping up production has even allowed the company to grow at a time when the world economy is contracting sharply. ILC Dover has added 50 new employees to the project and significantly increased the footprint allocated to it in their facility. The company employs approximately 850 workers worldwide, about half of which are in their Frederica, DE facility.

“Right now, we’re operating at about 10x the production rate we were at in the beginning of the year,” said DiNuzzo. “We’re getting our people fully trained up and a few new pieces of equipment in as well which will allow us to ramp up further to about 30x our production.”

Prospects for Growth on the Horizon

While the worldwide pandemic was an unforeseen market force, DiNuzzo believes it’ll account for more than a temporary surge for ILC Dover.

“We’re anticipating a slow decline in coronavirus cases, but we don’t think it’ll suddenly drop off a cliff,” said DiNuzzo. “There will be quite a lot of work left to do in hospitals and healthcare systems so staff will need protection. We’re also expecting an increased level of use for these systems in general, as we now have a deeper understanding of how to keep employees safe while battling infectious diseases. For many months to come, there will likely be a significant amount of strategic stockpiling as well at the federal and state level as well as in the healthcare industry.”

The new business bodes especially well for ILC Dover’s future since it represents a previously untapped market for the firm.

“We really didn’t sell much in the healthcare market until the Ebola crisis a few years ago – and we were just filling a gap in demand at that time,” said DiNuzzo. “Healthcare professionals found our systems to be more comfortable and have increased visibility over what they were used to, so we’ve done well since then. However, now with coronavirus, our systems offer far better protection than other options so we think there will be a strong, growing demand. Generally, there is just a much larger marketplace right now in these products.”