Delaware Audio Company Set to Crank Up the Volume 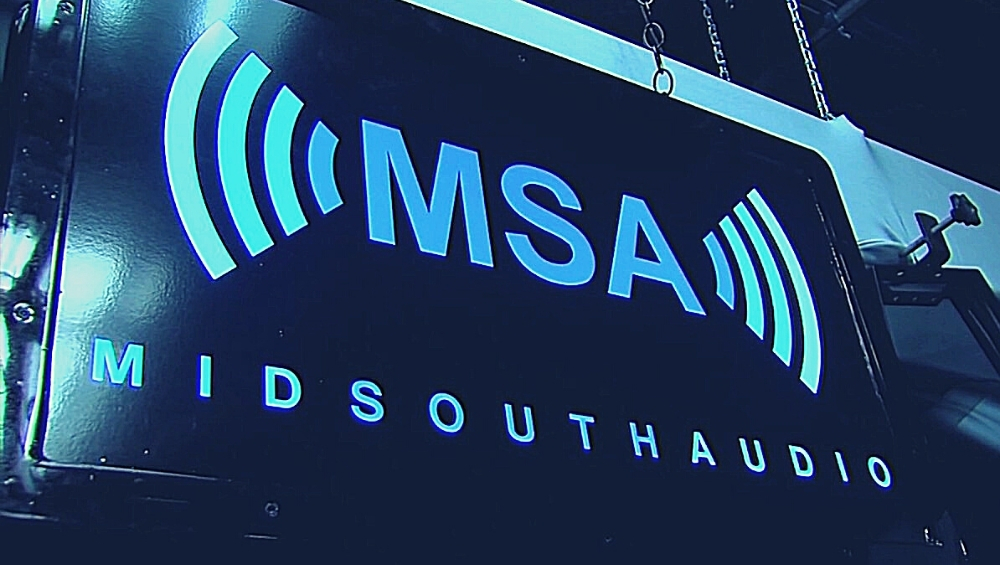 In the intricate dance of lighting, sound equipment and video gear, it’s easy to forget the kind of coordination it takes to properly execute a live performance. Mid South Audio has made this its specialty since 1989. 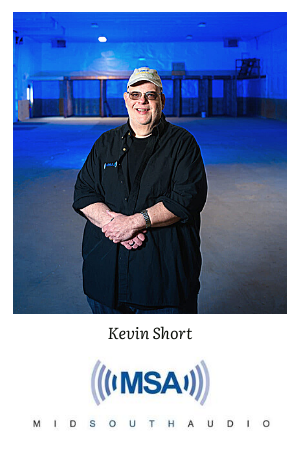 Founded by Sussex County native Kevin Short, what is now a full-service event production company and recording studio was born out of an audio installation company that began in 1983. Technology and consumer preference constantly shake up the industry, but MSA has changed with the times, dancing to the music all the while.

“We used to be an audio installation company, but now we do what’s called ‘integration.’ That’s not even a word we used 30 years ago,” said Short, MSA’s general manager. “Today, everything – sound, video and lighting – needs to work together and be integrated. It’s all part of one package.”

In the beginning, MSA offered sound services to small local events and bands. At the time, it was a modest 16-track analog studio. Over the years, the company’s client base grew. They started supplying services for big local venues like the Avalon Theater in Easton, Maryland, and the Delaware State Fair. Their offerings grew, too. After buying out several different lighting companies about 15 years ago, service integration began.

Now, MSA provides production services for large-scale national acts from New Hampshire to Florida and as far west as Texas. The studio has morphed into a state-of-the-art digital facility that has recorded Grammy Award-winning artists while still being able to cater to local musicians and venues.

Part of what’s kept MSA alive is its ability to always look ahead to the future. Now is no different. The company, currently in Georgetown, recently decided to relocate to Milton and build a new headquarters. A grand opening of the new site is planned for September 28, and with it, MSA looks forward to another three decades of growth and evolution.

“We’re really excited about it because we’ve always worked out of offices and warehouses,” said Short. “We’re going to have a brand-new, 3,500-foot recording space and a retail showroom for the first time. It’s a big expansion for us to be able to bring in customers and have them demo products – they will be able to try before they buy.”

A new stage in the showroom will enable them to put on demonstrations, trainings and lectures. The new recording studio will make their in-house productions more efficient.

“We do a once-a-month show called ‘Tech Talk Live’ that we currently have to rent studio space for,” Short said. “In our new space, we’ll be able to record it in our own facility.”

When MSA resolved to make the big leap into a new headquarters, it required reexamination of what being in Delaware meant to them. Doing due diligence, several other locations on the East Coast were considered. Ultimately, though, Delaware retained MSA for several different reasons, said Short.

“A big thing for us has been that our location helps us attract top talent,” he said. “When we’re trying to entice someone to relocate here, being near the beach communities has been helpful.” 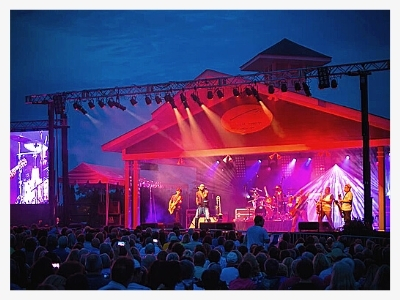 A vibrant client base resides here as well.

“We’re an entertainment company, and this is a resort area – they go hand in hand,” Short said. “A lot of our customers are restaurants, bars or music venues. Anyone who’s putting on a live event or show in this area may be interested in working with us. Not every community is made up like that.”

A grant MSA obtained from the Delaware Division of Small Business also helped persuade them.

“We applied for a received a grant for just over $100,000 – mostly in strategic money, but some to help develop jobs,” said Short. “That made a big difference for us. We already feel like we’re swimming upstream in some ways because so much equipment is being sold online these days and everyone is moving away from brick and mortar.”

Given changing times and recent conditions, it might appear that the odds are being stacked against old-fashioned retail. But Delaware’s lack of a sales tax makes location of a physical shop within the state even more attractive.

“All of the tax laws are changing for internet purchases, but Delaware is great state for us to open a retail space in because of the tax-free shopping,” said Short. “If we can save a customer 5 to 7 percent, especially on a large purchase, it’s a great competitive advantage.”

However, one of the best benefits to staying in Delaware is a seemingly intangible one. According to Short, this is the business community’s dedication to supporting itself.

“Delaware is a small state, and I believe the state and the business community here go out of their way to be friendly to local companies,” he said. “We support each other, and this state remains a pretty easy place to get things done.”