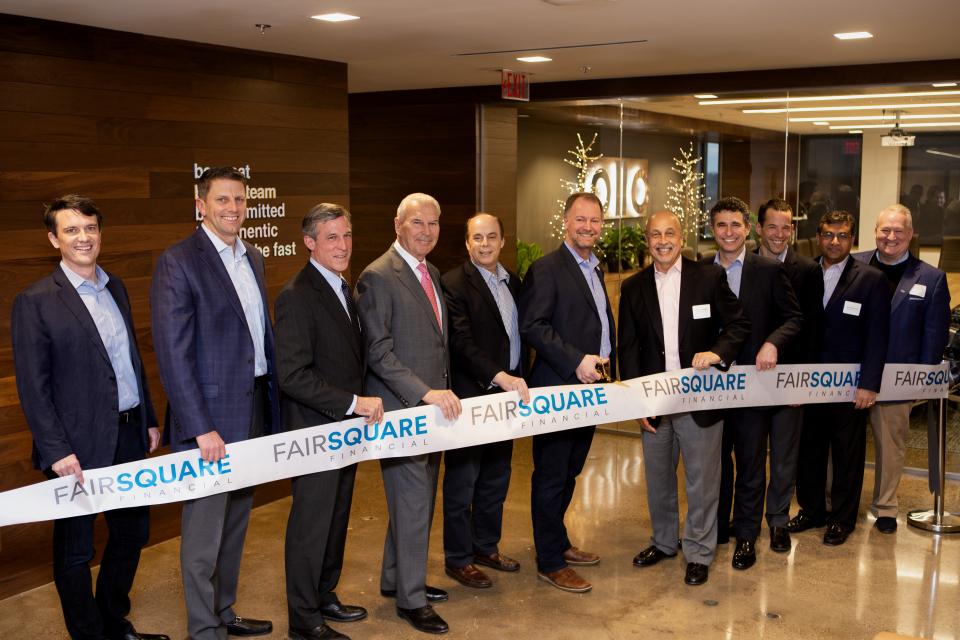 Delaware has no shortage of credit card brands, thanks to the Financial Center Development Act. The bipartisan legislation, which Gov. Pete du Pont signed in 1981, attracted some of the world’s largest banks to the state. But in the nearly 40 years since the act’s passing, there has been nothing quite like Ollo.

The consumer Mastercard, which serves the “underserved” and “unbanked,” is the creation of Fair Square Financial, a Wilmington company with seasoned leadership and a fresh fintech attitude. 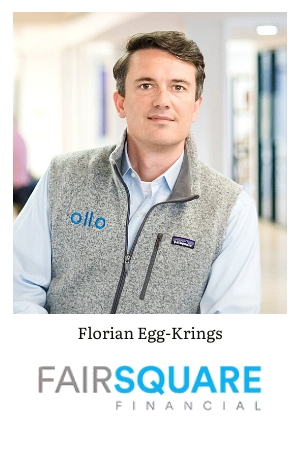 Ollo caters to the average, everyday American, says Florian Egg-Krings, chief marketing officer and head of products at Fair Square. “Consumers in the middle of the market were not well-served by a lot of the large bank issuers,” he notes.

Egg-Krings should know. He previously worked at JPMorgan Chase & Co. and Bank of America, both of which have a strong presence in Delaware.

Fair Square’s CEO, Rob Habgood, has more than 25 years of industry experience, including tenures at Bank of America and Capital One. The board’s industry veterans include Vikram S. Pandit, former CEO of Citigroup and previously president and COO for the institutional securities and investment banking businesses of Morgan Stanley.

The experienced executives realized thousands — if not millions — of consumers apply for a credit card every day only to face rejection. Some have poor credit while others have little of it. Fair Square was founded to level the field with affordable rates and no surprises.

The company received a vote of confidence in 2016 with an equity commitment of $200 million from financial services-focused private equity firm Pine Brook and an $800,000 grant from the State of Delaware.

Ollo – A New Kind of Card

From the start, Ollo was about elevating the credit card experience. “We wanted to create a brand that people were proud to have in their wallet,” says Jen Spofford, senior vice president of client services at Bounteous — formerly The Archer Group — which has worked on the Ollo project from the start. “You are proud to put the Ollo card down as you pay for dinner.”

So what’s with the name? The letters “O” and “L” have an open, engaging sound. Ollo rolls off the tongue with a happy, hopeful note. Plus, you’re not likely to confuse it with a conventional bank name.

The sleek design of the two available cards includes a simple yet modern logo, which speaks to Ollo’s straightforward services. Ollo Platinum has no annual fee. Ollo Rewards gives card members unlimited cash back on purchases.

Fair Square, which markets to consumers nationwide, has given the same careful consideration to its website and highly rated mobile app, which sport the cheery colors of blue and yellow. The landing pages are bright and crisp. A section on credit education, which is available to any website visitor, offers easy-to-read information.

Egg-Krings and his team worked shoulder-to-shoulder with Bounteous’ designers to make sure the digital experience was frictionless for Ollo’s cardmembers, says Spofford. Consequently, it was an agile process.

“We designed the mobile app from start to finish in a matter of a few months instead of the year it might take less nimble financial services firms,” she says.

Consumers can apply for an Ollo card only if they receive an invitation. The vetted approach lets Fair Square evaluate risk and tailor the product to the applicant. The goal is to provide each consumer with “the right kind of credit at the right time,” Egg-Krings says.

Consider the consumer who lacks enough credit history to obtain a traditional card. By mining additional data, Fair Square may learn that the consumer has lived at one address for a long time, which indicates stability.

A conventional issuer might turn down the customer who has a delinquency on his or her credit report. Fair Square’s machine-learning technology, however, notes that the debt was a five-year-old blip on an otherwise steady record.

The company is on the move. In 2018, Fair Square received a $100 million investment from Pandit and his investment firm, the Orogen Group, which looks for companies with proven business models and high-growth potential.

In February 2020, Fair Square completed the sale of $300 million of asset-backed securities secured by Ollo credit card receivables. The proceeds are paying down the borrowings from Fair Square’s revolving credit facility and funding the acquisition of additional receivables.

As Ollo’s customers change, they will need other products. Fair Square plans to be there with new offerings. “It is important for us to grow with our customers and be with them on their journey,” Egg-Krings says.

As Fair Square expands, it can look to its own backyard for talent. The company now has 78 employees, many of whom have prior experience in Delaware’s credit card industry or lifestyle marketing. The company also collaborates with Wilmington agencies, such as Bounteous.

“Being able to partner with a brand that’s so forward-thinking has been fabulous,” Spofford says. “We’re really looking forward to taking the customer experience to the next level.”

To be sure, Fair Square isn’t ready to rest on its positive ratings. “We like the business that we’re building,” Egg-Krings says, “and we’re very passionate about what we do.”