Halosil Helping to Slow the Spread of Covid-19 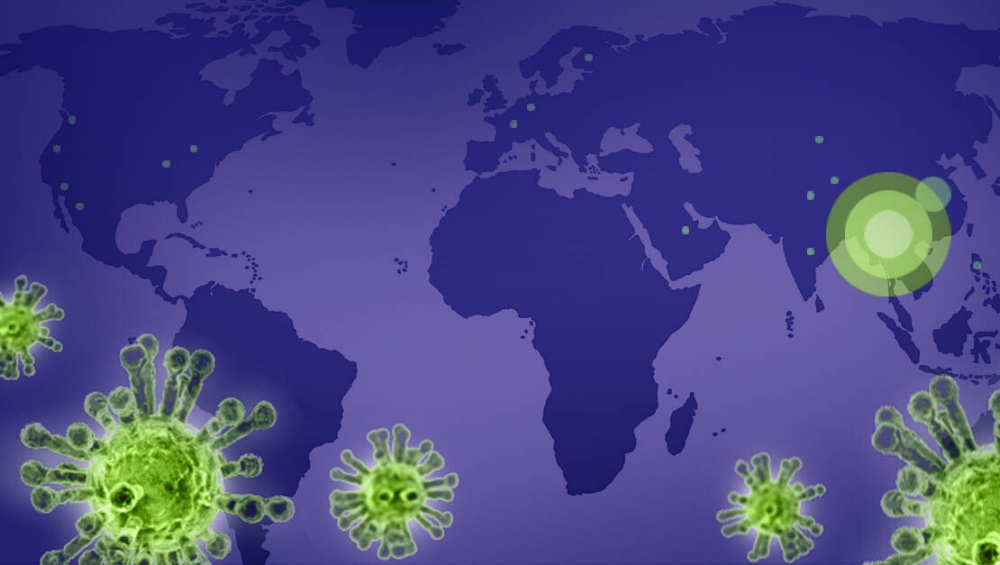 Headquartered in a New Castle office park near the Delaware Memorial Bridge, one small Delaware business has been making some very big headlines. Halosil International was featured on NBC’s Today Show, NBC 10 Philadelphia and radio programs. But even before these segments aired, Halosil was receiving a flood of phone calls and emails.

The reason is the HaloFogger, an R2-D2-looking device that dispenses the HaloMist. Together, these powerhouses can disinfectant an entire room at the touch of a button. There’s no need to spray, wipe or shine a UV light. Indeed, no one is in the room while the machine operates.

Halosil, founded in 2008 as Sanosil International, had been quietly gaining ground in a competitive marketplace. But Covid-19 has placed the company squarely in the limelight, and the increased interest in its products shows no sign of waning.

Halosil was formed by CEO Chris Ungermann, a former DuPont Company employee, and a partner to develop a novel disinfectant solution in the United States.  The product marries a low level of hydrogen peroxide with antimicrobial silver ions to attack pathogens such as bacteria, viruses, fungi and spores.

“But in the wake of epidemics, it became clear that there was a need for surface disinfection,” says Maryalice StClair, chief commercial officer. She and her husband, David StClair, joined the team in 2013 after Ungermann’s original partner exited.

Halosil worked with an independent, certified testing lab to establish protocols for EPA approval. By 2011, alpha testing and third-party lab testing had determined that the disinfectant — delivered via a dry fog method — was effective against Clostridioides difficile spores.

C. diff, a bacterium, can cause symptoms ranging from diarrhea to life-threatening inflammation of the colon. “It’s very difficult to kill,” Ungermann notes. The infection is on the rise. Each year, nearly a half a million people develop C. diff.

According to the Centers for Disease Control, to claim efficacy against C. diff, a product must kill 99.9999% of spores. Even a modicum of live spores on surfaces can cause infection.

On the opposite end of the disinfectant spectrum are enveloped viruses, such as Avian Influenza A (HSN1) and SARS-CoV-2, the virus that causes Covid-19. These viruses are most susceptible to disinfectants.

HaloMist is now listed on the EPA’s List N for products with emerging pathogen and human coronavirus claims for use against SARS-CoV-2.

Halosil received the EPA registration for whole room-surface disinfection in 2013. One fogger can handle up to 10,500 cubic feet. If you use multiple foggers, however, you can increase that capacity. Rooms must be sealed and unoccupied.

The machines, which have digital timers, are made to Halosil’s specifications at a Willow Grove, Pennsylvania, factory. A “dosing” pump delivers the exact amount of disinfectant needed to kill the pathogens. “There’s no guesswork,” StClair says.

Halosil offers three models. One stays in the room throughout the treatment. The second has a nozzle that snakes into the room while the machine remains in the hall. When the process is complete, release the nozzle, move the fogger to another space and attach it to a second nozzle. “You can fog multiple spaces very quickly,” StClair says.

The HaloMist disinfectant has a two-year shelf life, which means users can store it for an emergency event.

Halosil already had a steady list of clients before the pandemic hit. In February, the company made the news for upping its shipments to China, the source of the novel coronavirus. Once the virus hit American shores, the calls poured in.

Halosil does not sell to consumers, and a website landing page makes that clear.  Customers have long included life science facilities, hospitals, nursing homes and labs. Recently, the number of hospital sales has increased.

Since the pandemic hit, 60 percent of inquiries concern public and private buildings. In the past, schools primarily used Halosil’s products in gyms and locker rooms. Now they want to fog classrooms, bathrooms and dorms, StClair says.

Rapid transit systems in Dallas, Chicago and Boston are also using the system, as are ambulances. “It’s perfect for emergency vehicles,” she says.

“We’re doing everything we can to increase our capacity,” StClair says. Having a manufacturing facility in the United States has helped. So has Delaware’s location near major transportation arteries. About 30% of the sales are to overseas clients.

“It’s very easy to ship from here,” she says. “We have access to air shipment in Philadelphia, and since we’re on the I-95 corridor, it’s easy to get the products to Miami and then on to Latin American and the Caribbean.”

A longtime Delaware resident, StClair says that when she calls on Delaware economic organizations for help, they get back to her. “You get answers. Delaware has always been supportive.”

She gives credit to Beth Pomper, director of international business development for Export Delaware, an initiative of the Delaware Dept. of State, and Jim Jones, a lean enterprise specialist with the Delaware Manufacturing Extension Partnership.

During the pandemic, it’s been common for the Halosil team to work six or seven days a week to fill orders. The advantages of Halosil’s disinfecting products have clearly gone viral.