Taking Science to the Next Level

FMC has hit the ground running at the Stine Research Center

When FMC Corporation acquired a portion of the DuPont Co.’s crop protection business in 2017, the Philadelphia-based agricultural services company moved its global research and development headquarters to the 515-acre Stine Research Center campus in Newark, Delaware. It is easy to see why. Not only does the former DuPont site have an experimental farm for testing, but it also has labs and offices, including an unfinished structure waiting for customization.

Over the next three years, FMC will put more than $50 million into the campus, which DuPont initially built in the 1950s.

“It will be a real showpiece,” says Kathleen Shelton, vice president and chief technology officer for FMC.

“Several hundred people a year tour our facilities, many of whom are customers. Seeing and understanding the scale in which we discover and test compounds – more than 65,000 a year – is pretty impressive. This campus demonstrates what we do as a Tier 1 agricultural company.”

The improvements will also facilitate FMC’s plan to invest nearly $2 billion in research and development through 2023. 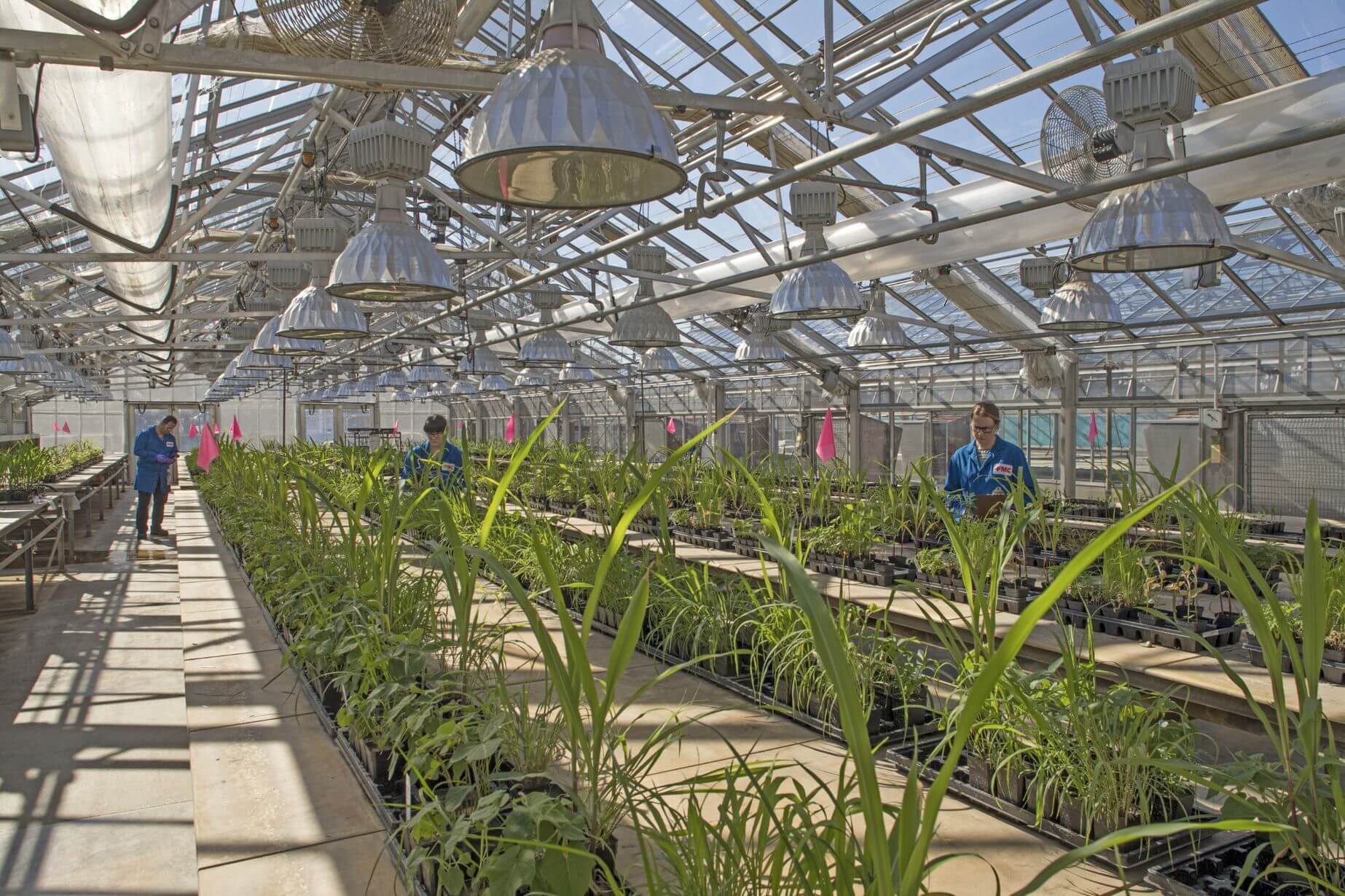 A Legacy of Success

The corporation is no stranger to Delaware. In 2012, FMC celebrated the 50th anniversary of its polymer plant in Newark, which was part of its health and nutrition business. Today, that plant belongs to DuPont as the result of an innovative exchange.

When DuPont and Dow Chemical Co. decided to merge, the European Commission cited antitrust issues regarding the combined agriscience businesses. FMC agreed to swap its health and nutrition business for a portion of DuPont’s crop protection business, which included the Stine Center and leading insecticides such as Rynaxypyr®, which targets a spectrum of major pests, including armyworm, and Cyazypyr®, which addresses a cross-spectrum of pests, including fruit flies. Dow and DuPont’s remaining pesticide and genetically modified seed businesses became Wilmington, Delaware-based Corteva Agriscience.

The transaction, which was the largest in FMC’s history, kept 500 positions in Delaware. Shelton, for instance, was once a DuPont employee. The state also gained jobs. In 2018, FMC consolidated about 60 positions from its Ewing, New Jersey, site to Stine Research Center and hired more than 25 new employees to continue to drive innovation. Additionally, FMC continues to selectively hire employees for the organization to ensure research and development has the talent needed to deliver for FMC.

“Every single person was offered a position at the Stine site, and the majority accepted,” Shelton says. “We moved scientists down to the facility so that we have the full complement of capabilities needed to move a molecule from the very beginning – the first time it was created or discovered by a scientist – to the point at which we commercialize it.”

FMC immediately began making improvements to the campus, but the most significant changes were yet to come.

The Delaware Council for Development Finance approved a grant for $1,642,500 from the Delaware Strategic Fund, which includes a $142,500 performance grant and a $1.5 million capital expenditure grant.

“There’s a lot of scientific talent in this area,” she says. “The Stine Research Center is minutes from the University of Delaware, and we are close to major cities, which makes Delaware an attractive place for people, many of whom are relocating to work at Stine. As for the employees who relocated from New Jersey, one confided to visiting legislators that he liked living in Delaware.”

“The quality of life is high, the environment in which people live is lovely, the schools are good – there’s just a lot to be said about the benefits of working and living in Delaware,” she says. “What’s more, the beaches are just over an hour from Newark.”

FMC’s embrace of its community was reflected in a donation of nearly 165,000 personal protective equipment (PPE) masks to local health systems during the early weeks of the COVID-19 crisis in the United States. The company began to source additional PPE – which is used in its labs, greenhouses and production facilities – when the novel coronavirus began to spread from Asia in January. FMC ultimately provided 140,000 surgical masks and 24,500 N95 masks to assist frontline healthcare workers at Delaware’s ChristianaCare and Philadelphia’s Penn Medicine, Jefferson Health, Children’s Hospital of Philadelphia and Temple University Health System.

“A review of our PPE at key FMC sites around the world revealed opportunities to redirect some of those materials to locations in critical need,” says Brondeau. “We offer our thanks to the men and women who are working on the front lines at area hospitals. All of us at FMC are keeping them in our thoughts during these extraordinary times.”

After the pandemic is over, FMC plans to host an investor day at the Stine Research Center.

“We will demonstrate the strong capabilities that we have here at the site,” Shelton says, “and we will let the world know we have a global R&D site that is impressive and will provide new products for the foreseeable future, starting in 2021.”