Before Bob Field was hiring and training dozens of employees at Eastern Highway Specialists, his Wilmington-based infrastructure construction company of 18 years, he was working on the Delaware Memorial Bridge late at night, laying concrete – and the foundation of his new business.

“I would be out there till 3 a.m.,” Field said in his office on North Church Street, where EHS has operated since 2003. “I’d come home, go to sleep and wake up three hours later. When you start a business, you have to just be there and pay attention to everything, no matter what.”

EHS has come a long way from the small garage out of which Bob and his wife, Clair Field, founded their general contracting business. From developing pedestrian walkways and rehabilitating historic bridges to replacing bridge bearings on major highways like I-95, the firm has left its professional mark on how people travel throughout the Mid-Atlantic.

Four years ago, Eastern Highway Specialists was at a crossroads.

Operating out of a 7,000 square-foot building on one acre of land, the heavy civil contractor needed to expand in order to hire more workers and buy equipment in bulk. Bob had added shop space over the years as his company increased from two employees to a 50-person workforce, but EHS had outgrown the North Church Street location. In 2017, it came time for EHS to start looking for new headquarters.

“The key is our growth in Wilmington,” Clair said. “There were places in other states that were close enough to consider, but with the emphasis on economic growth in the city, we really wanted to stay here.”

For the husband-and-wife team, Wilmington is home. They were both born at St. Francis Hospital about a year apart and had raised their eight children in the city.

Plus, Wilmington lies at the center of their bridge and highway projects, placing EHS within a 60-mile radius of highway construction sites throughout Delaware, Pennsylvania and Maryland.

EHS is a family business, with Bob serving as the company president and Clair as majority financial owner. Four of their children are also involved. They actively seek to increase the company’s diversity, with a third of EHS’s workforce comprising people of color.

So when Clair and Bob found property where they could build and develop a nearly 20,000-square-foot shop on five acres in Riverside, they jumped at the opportunity. The company’s $4 million investment on Downing Drive is nearly tripling their current space and adding four acres. Two grants approved by the state Council on Development Finance earlier this year are helping EHS bring 17 new positions to Riverside and improving existing infrastructure.

“These grants help offset some of the higher costs of developing land in former industrial cities such as Wilmington,” said safety and training manager Nathan Field. “It takes longer to return these areas to productive use today, and there are special associated costs.”

The cul de sac the company is adding to Downing Drive could potentially draw other businesses to the area.

“The grants will also help us upgrade Downing Drive, and it’s going to improve the desirability of doing business on this stretch for many other companies, too,” Nathan said.

The new property not only benefits EHS as a company but also its workers, the surrounding Riverside community and future businesses.

Bob and Clair are invested in their workforce. They don’t want to hire people who leave after a few months. Every year, they sit down with employees to talk about next steps, so that their current positions can blossom into specialized careers.

“We are highly involved in developing a local workforce,” said Nathan, who is one of Clair and Bob’s sons.

As a participant in the Workplace Health and Safety Incentive Program for more than a decade, EHS is also committed to training employees on new skills and safety protocol. Since 2008, EHS has been continuously involved in the State of Delaware apprenticeship program as a sponsor. Nine of the company’s current employees graduated from the program, and four EHS foremen are apprentice graduates.

“We have to work from within,” Bob said. “As one example, we have someone who’s been with us for 10 years. He went through the apprenticeship program, and he’s now a certified welder.” 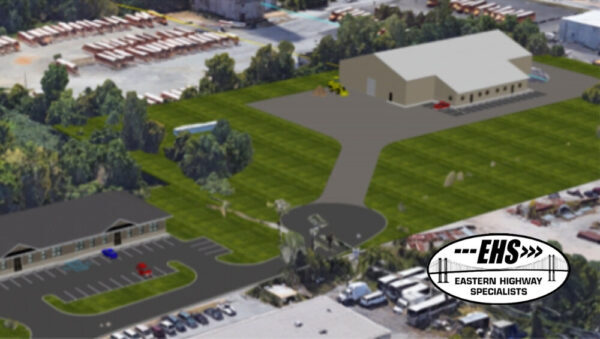 That means keeping blue-collar opportunities within walking distance, which is another reason EHS is staying in Wilmington’s East Side.

“People are choosing to invest here,” Nathan said, pointing to nearby REACH Riverside, a nonprofit that is improving the neighborhood through new housing projects.

By moving the construction company to the Riverside neighborhood, residents who don’t have cars will still have the opportunity to work for EHS.

“When there were factories, everybody was walking to work,” Nathan said of Wilmington’s industrial period. “When you’re rebuilding and creating new jobs in these areas, it’s a benefit to have companies that people can walk to.”

By redeveloping the Downing Drive site, the Field family is positioning EHS to be part of Wilmington’s growth and revitalization.

“We want to be part of the rise in the city,” Clair said.