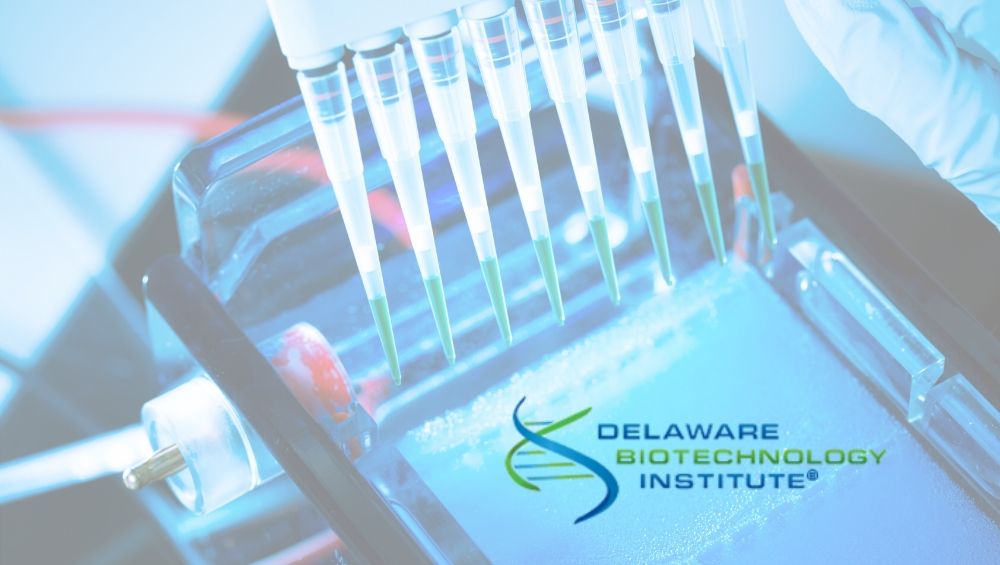 In 1999, biotechnology was a burgeoning industry – and Delaware’s leadership spotted the potential. That year, then-Lt. Gov. John Carney, working with Gov. Tom Carper, earmarked $10 million to create a biotechnology institute that would partner with corporations, colleges and universities. It would also support research, as well as train and attract talent.

Most would agree that DBI has played a large part in the ascent of the biotechnology sector in Delaware. In many respects, the institute’s growth reflects the industry’s relevance in today’s world. 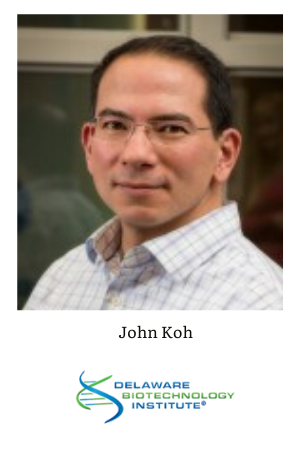 Delaware is no stranger to innovation. “Science-based research built the Delaware economy and helped launch America’s technology-based industries,” says John Koh, director of DBI and a University of Delaware chemistry and biochemistry professor. “Delaware is a pioneer in technology and industry.”

In 1802, DuPont began as a gunpowder mill. By the early 20th century, the company was creating textiles and other materials. Along with DuPont, the life science powerhouses AstraZeneca and Hercules helped launch DBI in 2001.

The institute’s early academic partners included UD, which has offered programs in chemical engineering and agricultural research for more than a century; Delaware State University, Delaware Technical Community College and Wesley College; and ChristianaCare and Nemours/Alfred I. duPont Hospital for Children. All of the partners can leverage DBI’s highly prized instrumentation and research resources.

When DBI opened its headquarters in 2001, the $14 million building in Delaware Technology Park certainly was the centerpiece of the state’s $40 million investment in the emerging biotech industry. From the start, DBI focused on its strengths.

“Our genome-sequencing facility is world-renowned for its ability to handle agricultural and plant genomes, which are much larger and more complex than mammalian genomes,” Koh says. “DBI created a unique niche, initially focusing on excellence in agricultural biotechnology and then expanding across all molecular and cellular life sciences.” 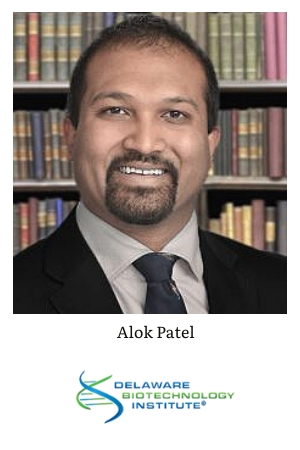 At the core of the Institute’s services are state-of-the-art specialized instruments that cost millions of dollars. Take, for instance, the high-end microscopes in the bio-imaging facilities, next-gen sequencers in the genotyping and DNA-sequencing facility and the massive computing power in the bioinformatics facility. In addition, highly knowledgeable personnel provide much-needed guidance to researchers.

“We’re here to support the whole scientific ecosystem,” Koh says. “You have to have expert technicians – sometimes at the Ph.D. level – to operate the technology.”

For startups, this combination of equipment and expertise “helps accelerate their business model,” Patel says. “Small companies are looking to grow as fast as possible, but resources can be hard to come by.”

Academic collaborations can lead to startup companies. Consider Elcriton, which evolved from the DBI lab of Professor Terry Papoutsakis. “Terry was one of the star scientists we were able to recruit,” Koh says.

Elcriton was founded to create novel biochemical technologies to address the country’s renewable energy needs. Dr. Bryan Tracy and Papoutsakis, a chemical engineering professor, worked on the development of a genetically modified bacteria, known as Clostridia, that could produce biofuel n-butanol.

Tracy, who still has his eye on sustainability, is now CEO of White Dog Labs in nearby New Castle, Delaware. White Dog specializes in microbiome-driven solutions to increase food sustainability and improve the quality of human health and animal nutrition, while also minimizing the emissions contributing to climate change.

Sowing Seeds for the Future

Because the Institute is a hub for faculty and students – from undergraduate to post-doctoral – DBI is a training ground for workforce development. The Institute also is involved in K-12 outreach efforts and holds programs to train student teachers.

“We impact a wide range of businesses with these grants, from small to large,” Patel notes. Companies such as Air Liquide, Sea Watch International, Prelude Therapeutics and Avkin have all benefited from the program.

“These grants are the way we can help align academic research with the needs of the business community and, ultimately, support their workforce needs,” Koh says.

DBI also works closely with incubators and associations in the community, such as Delaware Technology Park, Delaware Innovation Space, Delaware Prosperity Partnership, the Delaware Bioscience Association, the Delaware Sustainable Chemical Alliance and numerous chambers of commerce across the state.

DBI’s presence also has an impact on its own. The decision to locate the National Institute for Innovation in Manufacturing Biopharmaceuticals in Delaware is partly due to DBI, and NIIMBL’s director, Kelvin Lee, is the former director of DBI. The addition of NIIMBL and its expanding focus on human health is opening doors for DBI.

“We have the opportunity to build our human health research because of breakthroughs in biotherapeutics,” Koh expands.

The Ammon Pinizzotto Biopharmaceutical Innovation Building stands on what formerly was a Chrysler plant. One day, Koh stood on the roof of the new building and watched as workers removed the last of the plant’s concrete. Initially, he felt sad as Chrysler had once been a major employer in the state. But then he looked around at the new occupants, which include Chemours and UD’s College of Health Sciences.

“I got excited about the important place we have in redeveloping and redefining Delaware’s economy,” he says.