There’s only one city in the nation where the cars in the commuter parking lots bear license plates from four different states every day.

While Southern Delaware may be best known for its picturesque beaches, Wilmington and its environs are home to some of the world’s biggest companies. And with the ability to draw on talent pools from Maryland, New Jersey and Pennsylvania — and to bring in daily visitors stretching from Virginia to Connecticut — Wilmington serves as the key link in the office market’s uninterrupted chain along the East Coast.

But there’s much more to living and working in the First State than the corporate grind. Read on to learn more about what makes Delaware the best-kept secret in the office market.

Most business professionals know that over 60% of Fortune 500 companies are incorporated in Delaware. But they may not realize just how many top-tier companies keep major offices in the state. JPMorgan has 12,000 of its employees in Wilmington, and Bank of America keeps 6,000 employees in nearby Newark, Delaware. Barclays has two buildings along the Wilmington Riverfront, while Goldman Sachs has just announced a new office in the city.

Unlike many of its peer cities along the East Coast, the market for office space in Wilmington has remained “remarkably stable” during the coronavirus pandemic, according to Newmark. There has also been an uptick in leasing from law firms in the city center, and few companies have chosen to sublease their space, which may be a mark of stability in these uncertain times. 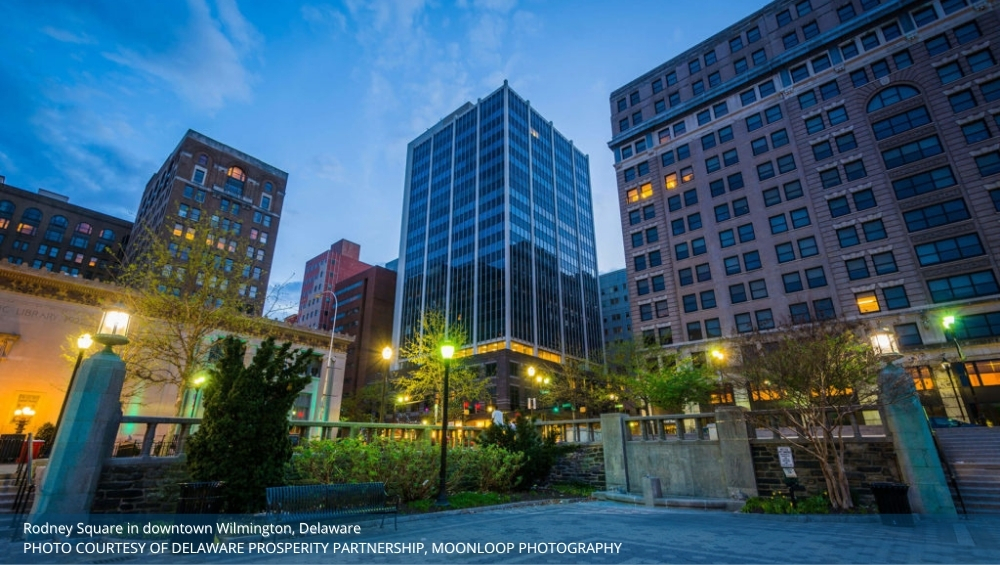 2. Affordability In The Heart Of It All

Many companies are weighing whether to pivot their office spaces to a hub-and-spoke model, establishing presences in smaller cities and suburbs. A key factor in where those outposts will be is affordability — more affordable space means more offices overall, and a wider geographic net for talent.

Delaware is also among the most affordable states in the Northeast for its residents. The state has no sales tax, and housing costs in Wilmington are 78% lower than in New York and 58% lower than in Washington, according to the Council for Community and Economic Research. 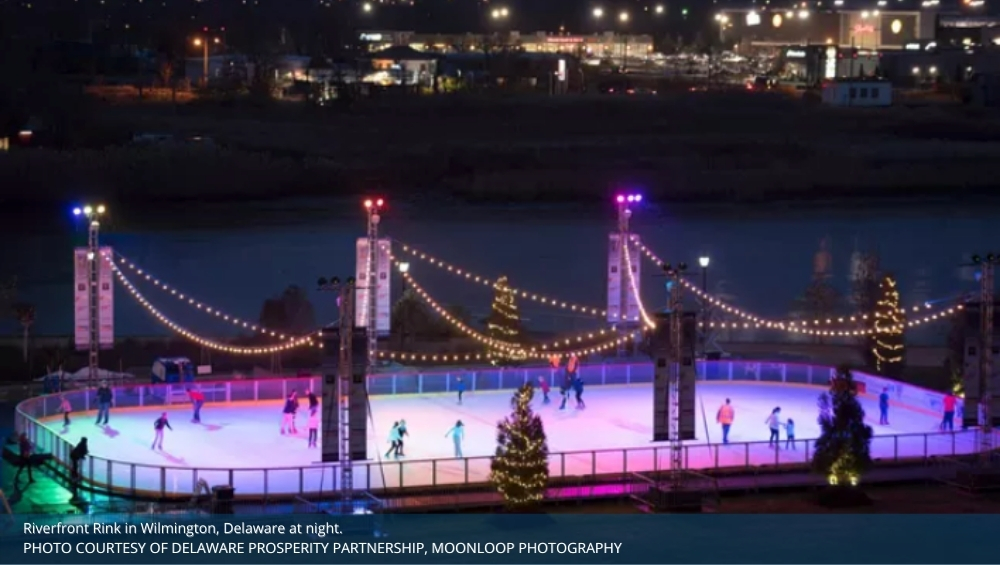 Delaware’s population has swelled by over 25% in the last two decades. The state’s largest city is also expanding, with residential development taking off in Wilmington’s central business district and in the downtown-adjacent Riverfront neighborhood. The Riverfront’s residential population grew by 40% between 2010 and 2018 and now boasts more than 2,500 residents, with 633 new residential units having been developed in the CBD and the Riverfront since 2016.

Many more units are on the way. There are currently 923 units under development in the CBD and Riverfront, the largest of which include 208 new units at 517 Shipley, 160 new units at the Nemours Building — which is home to The Mill, Wilmington’s premier coworking space — and 150 units at River House along the Christina River. 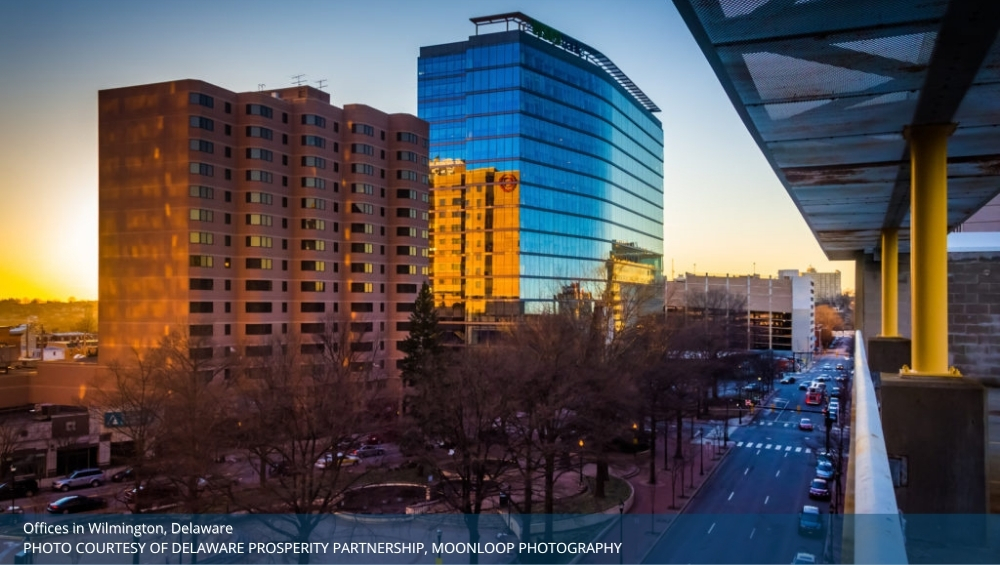 4. Homegrown Talent And Beyond

Companies that call Delaware home can pull from a diverse and highly educated population. Among working adults in Wilmington and the suburbs of New Castle County, 37.5% of residents hold a bachelor’s degree or higher. But the talent doesn’t stop at the border: With the city being a 15-minute drive from three other states and a short train ride from Philadelphia, Baltimore, Washington and New York, Wilmington companies can cast a wide net for talent far beyond Delaware itself.

Americans are also re-evaluating where they live and work, and as they search for more flexibility, space and balance in their lives, smaller cities are expected to bring in some of the former residents of the nation’s metropolises, driving growth and investment. 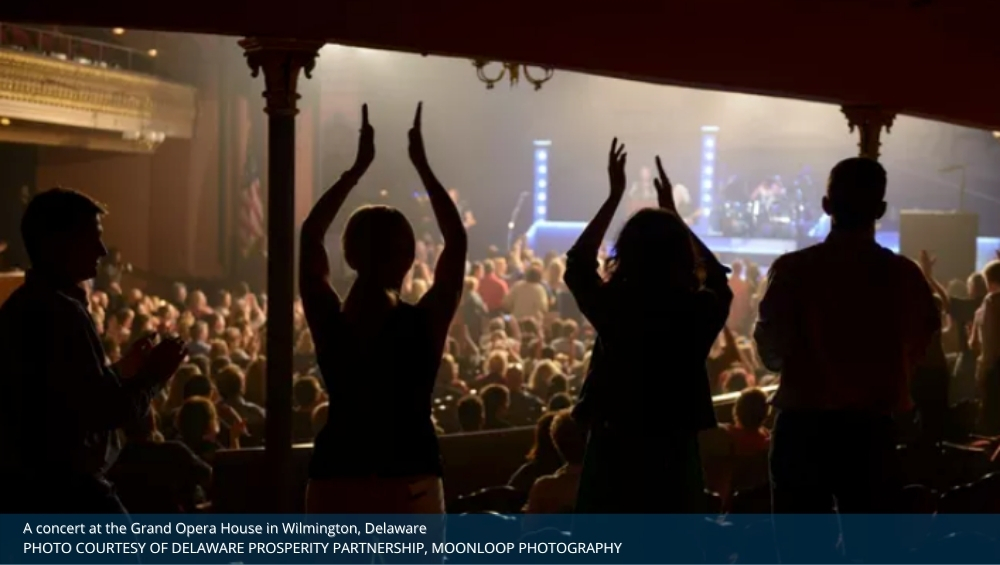 5. A Local Focus Means There’s More To Love Nearby

Delaware may be one of the smallest states in the nation by area, but locals being able to drive across the state in 20 minutes gives them the opportunity to appreciate more of its attractions. Whether it’s wintertime skating at Riverfront Rink, catching a show at The Queen theater or The Grand Opera House, or planning a day trip to Rehoboth Beach, Wilmington residents have a wealth of recreation opportunities in their backyard.

But a tight-knit community around Wilmington means that even when they live across state lines, families and friends are rarely more than a short trip away.

This feature was produced by Bisnow Branded Content in collaboration with Delaware Prosperity Partnership. Bisnow news staff was not involved in the production of this content.

This article was originally posted on BISNOW at: https://www.bisnow.com/national/news/office/5-things-to-know-about-the-east-coast-office-markets-best-kept-secret-106502