The terms of the pending 50-year deal would see the state continue to own the land under the nearly 100-year-old Wilmington port while Gulftainer would take over operations of the facility, which sits at the confluence of the Christina and Delaware rivers. The federal sign-off means the final terms must now be ratified by the Diamond State Port Corp., the port’s quasi-public operating board.

“This is a significant step forward in finalizing our agreement with Gulftainer, which will protect and create good-paying, blue collar jobs at one of Delaware’s most important employment centers,” Carney said in a written statement.

State officials say the deal could double the 5,700 port and maritime-related jobs in Delaware.

The General Assembly signed off on the deal earlier this year, leaving the Committee on Foreign Investment in the United States (CFIUS) as the only approval outside the port necessary, officials said. 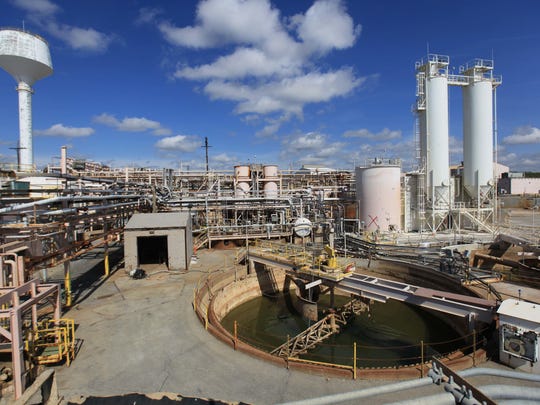 That committee is tasked with reviewing transactions that could result in control of a U.S. business by a foreign person in order to determine the effect of such transactions on national security. The panel is comprised of military, homeland security, federal law enforcement officials and others.

Wilmington would be Gulftainer’s second U.S. port. The company, based in the United Arab Emirates, opened a container facility in Canaveral, Florida, in 2015. The company has ports in the UAE, Lebanon, Iraq, Saudi Arabia and Brazil and is a subsidiary of the Crescent Enterprises, a privately held UAE conglomerate.

Earlier this week, Thomas P. Feddo, deputy assistant secretary of Investment Security for the Department of Treasury informed an attorney representing the state that the deal is not covered under the Defense Protection Act. That act gives the president authority to review certain transactions involving foreign entities.

Gulftrainer CEO Peter Richards speaks to a packed room where Diamond State Port Corporation holds a Public Session Board of Director’s Meeting at the Chase Center on the Riverfront to discuss and hear views on the Gulftainer’s privatization effort. (Photo: Suchat Pederson, The News Journal)

Secretary of State Jeffrey Bullock said having the dozens or so federal agencies review the deal and declare no further review is necessary is the “best response we could have received” and clears the way for finalization of the deal.

The board already signed off on the basic terms of the agreement earlier this year.

Gulftrainer CEO Peter Richards has said Gulftainer plans to pour $73 million into the existing port through the next decade to modernize operations.

The deal also calls for the development of a new container facility on state-owned land that was home to DuPont Co.’s Edge Moor chemical production facility to be finished by the first of 2024. Richards called it a $400 million investment. The state bought the 114-acre property from Chemours for $10 million in 2016.

This article was originally posted on the Delaware News Joural at: https://www.delawareonline.com/story/news/2018/06/28/feds-sign-off-port-wilmington-takeover/739984002/