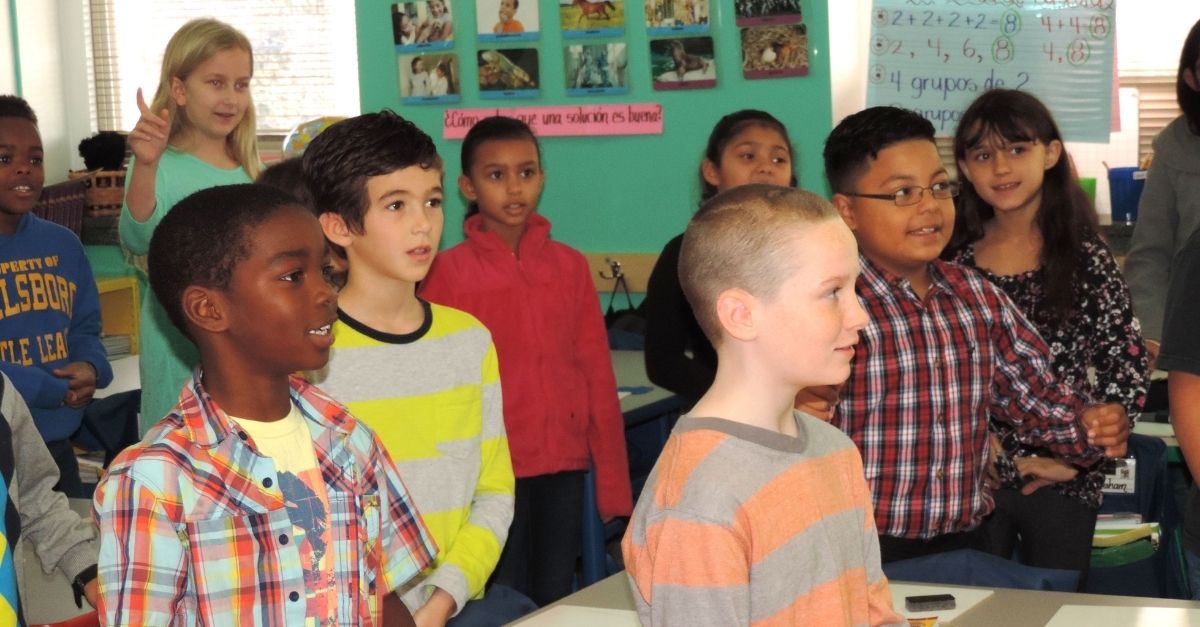 Delawareans with longish memories can think back a decade and remember the launch of the Dual Language Immersion Program. Close to 100 of those original kindergarteners are arriving this fall at Indian River High School, Caesar Rodney High School, and AI Du Pont High School, where they will start the next phase.

Those students who are ready will take AP Spanish or AP Chinese as freshmen and will then be eligible if they score well on the AP test to take classes at the University of Delaware or Delaware State University where they could be close to already earning a minor in the language by the time they graduate from high school.

Participation has grown over the past decade to more than 8,000 students enrolled at the end of the last school year, with estimates for the 2021-22 school year of 9,800 immersion students across 57 schools, including new kindergarten cohorts in nearly 30 schools.

“We know that immersion education is good for any learner, period, regardless of what their first language is, regardless of whether they already speak a language other than English at home, regardless of their socioeconomic status, regardless of their ability,” said Lynn Fulton, Education Specialist for Dual Language Immersion. “Schools and districts across the state are really paying attention to making sure that their immersion classrooms are no less diverse than the overall diversity of their schools and of their communities.” From a demographic standpoint, Fulton says that DLI student enrollment is diverse — 23% are African-American; 27% are Hispanic or Latino; 22% of from are from low-income households; and 20% speak a language other than English at home as their primary language. In addition, every district’s DLI population includes special education students.

Fulkerson and Fulton said they’re proud of three major accomplishments from the past decade of dual language immersion learning:
1. Student-language proficiency among eighth graders – even with the challenges of the pandemic – hit the expectation that the state set at the beginning of the program for both non-native and native English speakers. Immersion partner language proficiency assessment takes place every year, starting in third grade.
2. Placing a focus on administrator professional learning and in-school support is building internal capacity of participating schools and districts. The state has done that by embedding dual language immersion coaches in districts across the state and building flexible structures that would allow expansion based on demand.
3. Learning in two languages is beginning to be more accepted and Delawareans are beginning to understand the value of learning in two languages. “This is a way to help [students] really get that sense of identity in their first language, their heritage language,” Fulkerson said.

Fulton says that students can be successful if they start a DLI program in either kindergarten or first grade. However, it is too difficult for the student to begin in second grade or beyond because so much foundational language has been developed in the first two years. An exception to this is students who have some background in the language at home or in another state; they may be able to enter Delaware DLI programs at any grade.

Fulton says she’s seen families come in from other states and choose where to live based on the availability of an immersion program at their child’s grade level. This has also happened within Delaware where parents have moved from one district to another and been able to transition their children into an existing immersion program.

Early on, the DLI team took administrators interested in exploring immersion programs on administrator study missions to see how it worked elsewhere. A visit to Wasatch School District in Utah had an impact on a number of Delaware administrators. “The superintendent of the school district told Delaware administrators that he had immersion programs in each of his elementary schools because he wanted to change the culture of his district,” Fulkerson said. “He wanted to create friendships where the students bond between languages and between cultures. He wanted to change the entire culture of his district into being an inviting place for cross-cultural friendships to develop.”

Cape Henlopen and Seaford School Districts have followed the lead of that Utah district by establishing dual language immersion programs in each of their elementary schools, allowing greater access for every student to learn in two languages.

“We know what the research says about the strong cognitive and academic benefits for learners in dual language immersion programs,” Fulkerson said. “But that friendship piece, I think, is such a powerful thing too. That’s really what we’re in this for— to ultimately create that positive inter-cultural, inter-language value between people.”